If you're anything like me, you might live on the edge of nerd-dom. So, after my right hand gal, Becca Blank, gave herself the title "Hand of the King," it was clear what had to be done. I had to decide who everyone else at Whistler would be in Game of Thrones.

So here's the definitive list. If you've ever wanted to choose your legal recruiter based on what Games of Throne character they're most like, here's your chance. 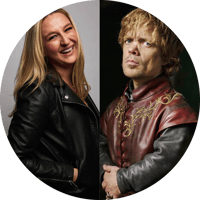 (Hand of the King, drinks wine, small but mighty, pretty clumsy in battle)

(Lady Stoneheart, watches over us like we’re her own children, smarter and more honorable than the rest of us, might come back from the dead b/c she’s so strong willed) 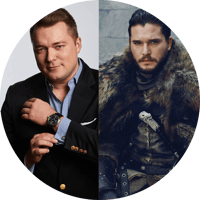 (tears up easily, secretly a member of the royal family but would rather party with the Wildlings, probably the protagonist) 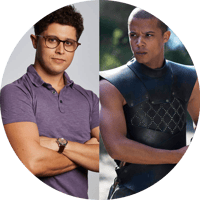 (more literate than the rest of us because he basically wrote the book on Bankruptcy, probably knows how to cure Greyscale)

(clearly has the most fun of anyone, rags to riches story, intellectual bodyguard) 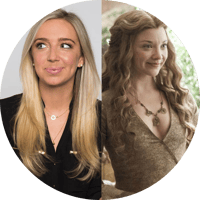 (always wins best dressed but plays the game better than anyone, might have inherited a killer streak from her grandmother’s side of the family) 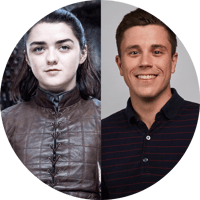 (best Dad and boss ever, but too honorable to his detriment)

(everyone wants to work with him, he’s clearly hot and he knows about the finer things in life) 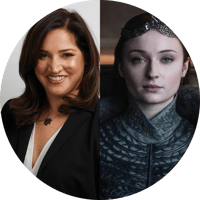 (has plenty of leadership experience, Queen in the North...ern California)

(tough NY exterior with a heart of gold) 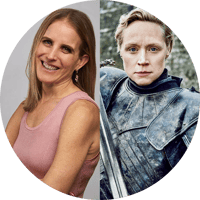 (fiercely loyal, being a pilates instructor and being a knight are basically the same thing, right?) 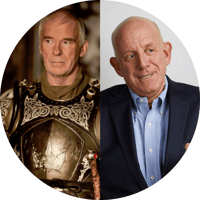 (one of the best 3 point shooters and most honorable men in the seven kingdoms, probably knows your dad or cousin’s best friend)

(behind the red hair, marketing is witchcraft)

argued with my HAND (Becca) a bit on this one. I kept saying that I’m clearly Jon Snow. (HAND: “No”) Tormund? (No) Jaime Lannister? Or at worst Littlefinger? And I was overruled.