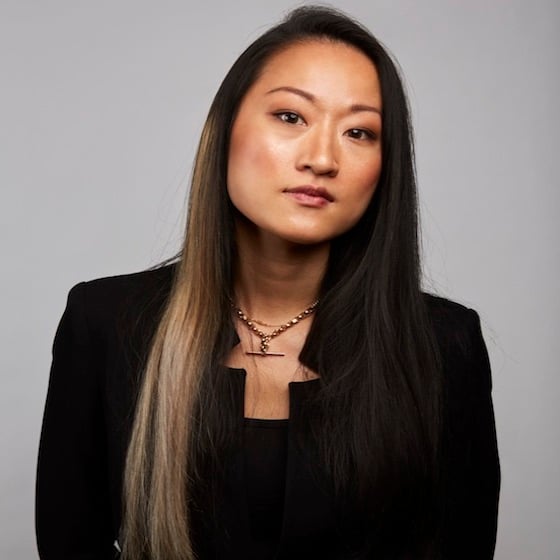 Kathleen is full of contradictions. She’s not a rebel, but she’s non-conventional. Take her career path for example: her parents didn’t approve of her desire to go to design school, so Kathleen dutifully pursued a legal career by taking out loans to pay for law school (Cornell), worked in Big Law for about 5 years (first aircraft finance at Clifford Chance and then PE funds at Torys) to pay off the loans, and then quit practicing (to run Torys’ NY internal recruiting, associate development and general HR/operations) so she would have time to formally enroll at the Fashion Institute of Technology. This career trajectory may sound like that of someone who was indecisive and doesn’t know what they want to do, but in fact, it’s quite to the contrary.  She just felt like she needed to justify and deserve the pursuit of her dreams. Makes sense, no?

According to Sean Burke, “Kathleen is so smart, she would only need to go to therapy once and she would be able to get all the answers needed to fix her problems.” Instead, she tries to practice self-therapy by scrutinizing everything she does. Though she’s not one to accept help (or compliments) readily, Kathleen admits she wishes Sean would have called her when she was a third-year associate contemplating her lateral move.  He may have saved her from herself then.

At Whistler, her role is constantly evolving. She initially started as a recruiter, but only to prove to Sean that she’s not a salesperson.  Sean is close to conceding, so instead, he’s letting her focus on operations and otherwise bringing all of the skills she honed in the law firm world to help Whistler manage its explosive growth while she continues to pursue her gratuitous degree in jewelry design.

Coming to Whistler was a big jump for her, just like the attorneys she counsels about making a move to a startup; so she gets it. She encourages people to follow their dreams and go with their heart.  If Kathleen has learned anything from her own career, she’s learned that safe choices usually don’t efficiently align with dreams. Which isn’t to say that you won’t eventually get there, but life is short…

Favorite nugget of wisdom from Sean Burke: “You can’t lose what you don’t have.”