Staying Ahead of the Curve in a Downturn

Originally published by Whistler Partners on 12.19.22

Whether you're feeling the slowdown or not, it's no secret that Biglaw is worried about the year ahead. So, earlier this month, we put together a panel that covered what to do if you're not meeting your minimum billables, lateraling in a slow(er) job market, doing due-diligence on in-house gigs, and what to do if you do get laid off. 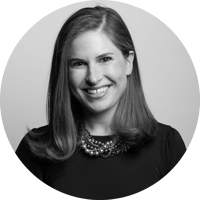 Karen on lateraling and whether "last one in, first one out" is applicable:

"The only time that a firm hires completely opportunistically is at OCIs. Otherwise, firms only hire when they really need that body. So if you're looking around and you're 3-4 years into your firm and it's slow, that's because it wasn't possible for your firm to predict whether they would need that work five years ago when they brought you on at OCIs. But they know now, right? So the firms that are actually hiring right now, they really need people...  I actually think that it's a better time to move when you're in a downturn because you're guaranteed that the job that they're hiring for, they actually need that person."

Amdie on pivoting to where you're needed:

"You need to figure out what is hot, what is tangential, or what do you have a nexus to. Ask yourself how you could be of value to the firm. And it might be something like 'I helped issue that debt, maybe I could follow the client when they're restructuring the debt.' Make that the nexus. There will always be something that's hot, that's the nature of BigLaw."

Sean on the pros and cons of being in-house during a downturn:

"In-house attorneys often are not the first people on the chopping block...  they're actually insulated compared to sales people, engineers and recruiters. And in the startup world, that's even more true. 9 times out of 10, when they hired you, they were so understaffed [in the legal department], that they can't afford to fire you. You're the only person who knows how anything works at the darn place. On the flip-side though, companies don't care about the reputational hit of doing layoffs in the way that law firms do. At firms, it's so important to not be the firm that let go of 100 people in a downturn, because that will hurt your recruiting efforts for years to come. In-house is a totally different ball game though. There is usually no reputational harm to that company firing you nor are they worried about recruiting lawyers in the future."

Karen on knowing when your job at a firm may be in jeopardy:

"If you work in an industry where your clients are laying off people, that is the number one thing you should be looking for. If your entire group is doing work for a company that just slashed their workforce by 40%, you need to start getting nervous."

Want to watch a recording of the full panel? Register and a link will be sent to you: