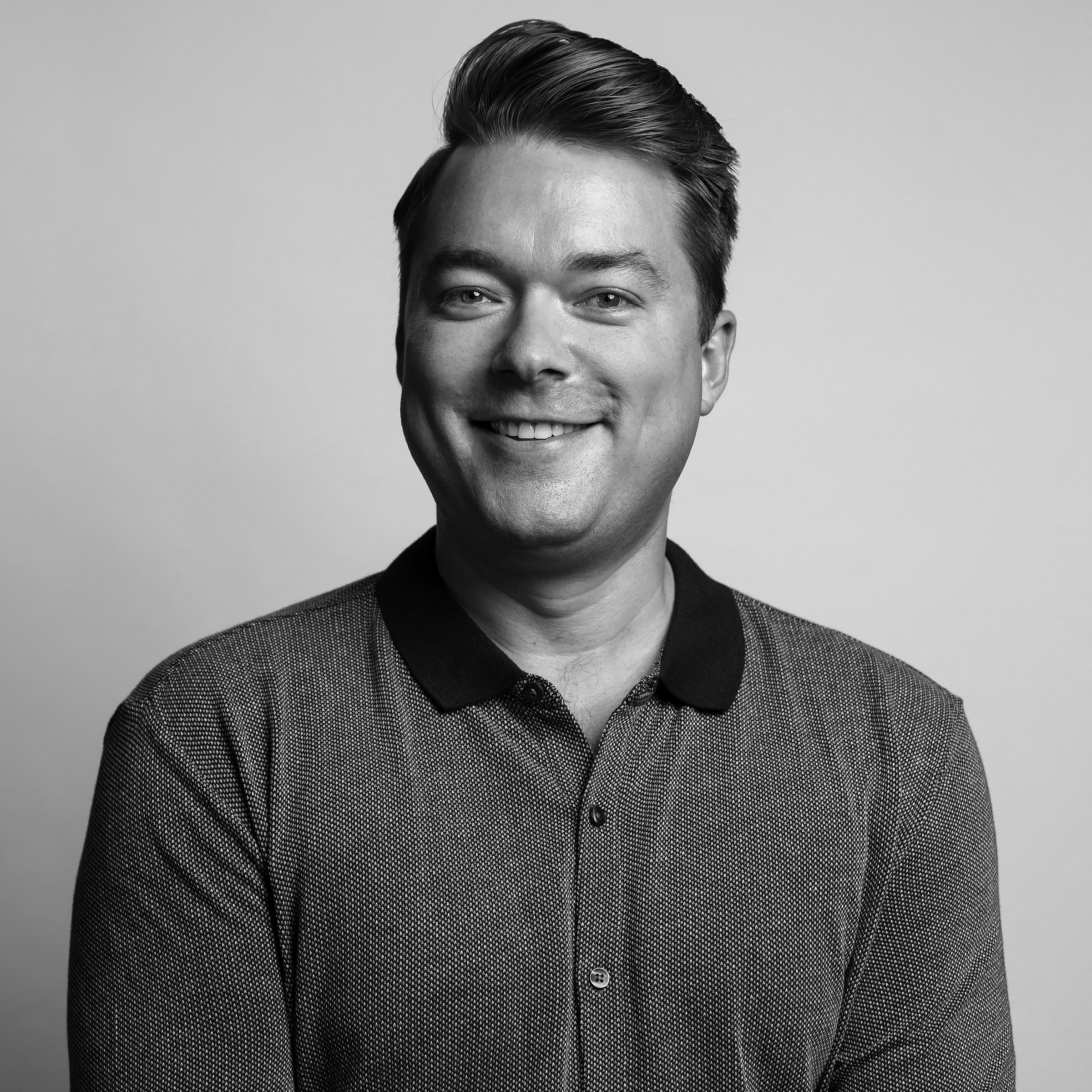 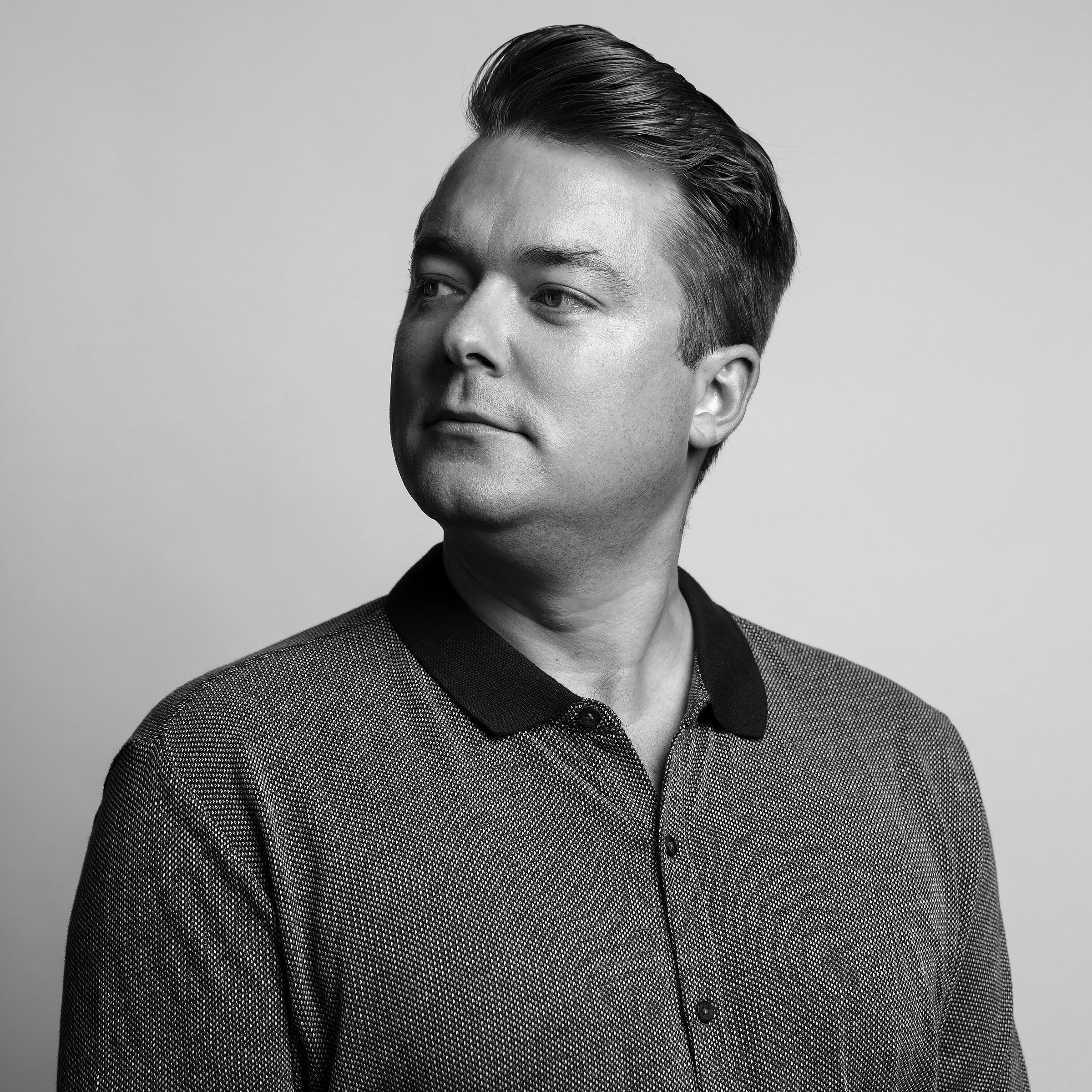 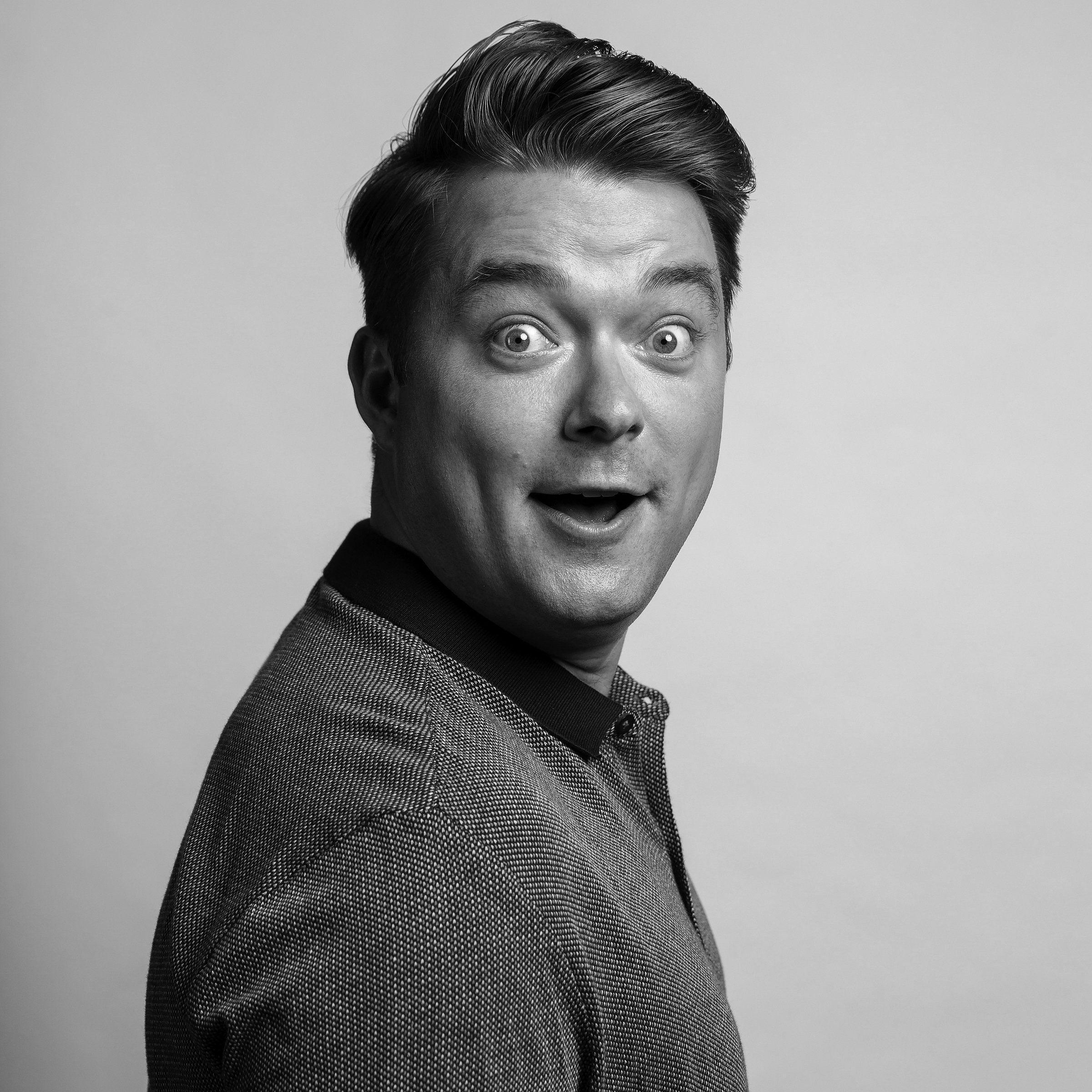 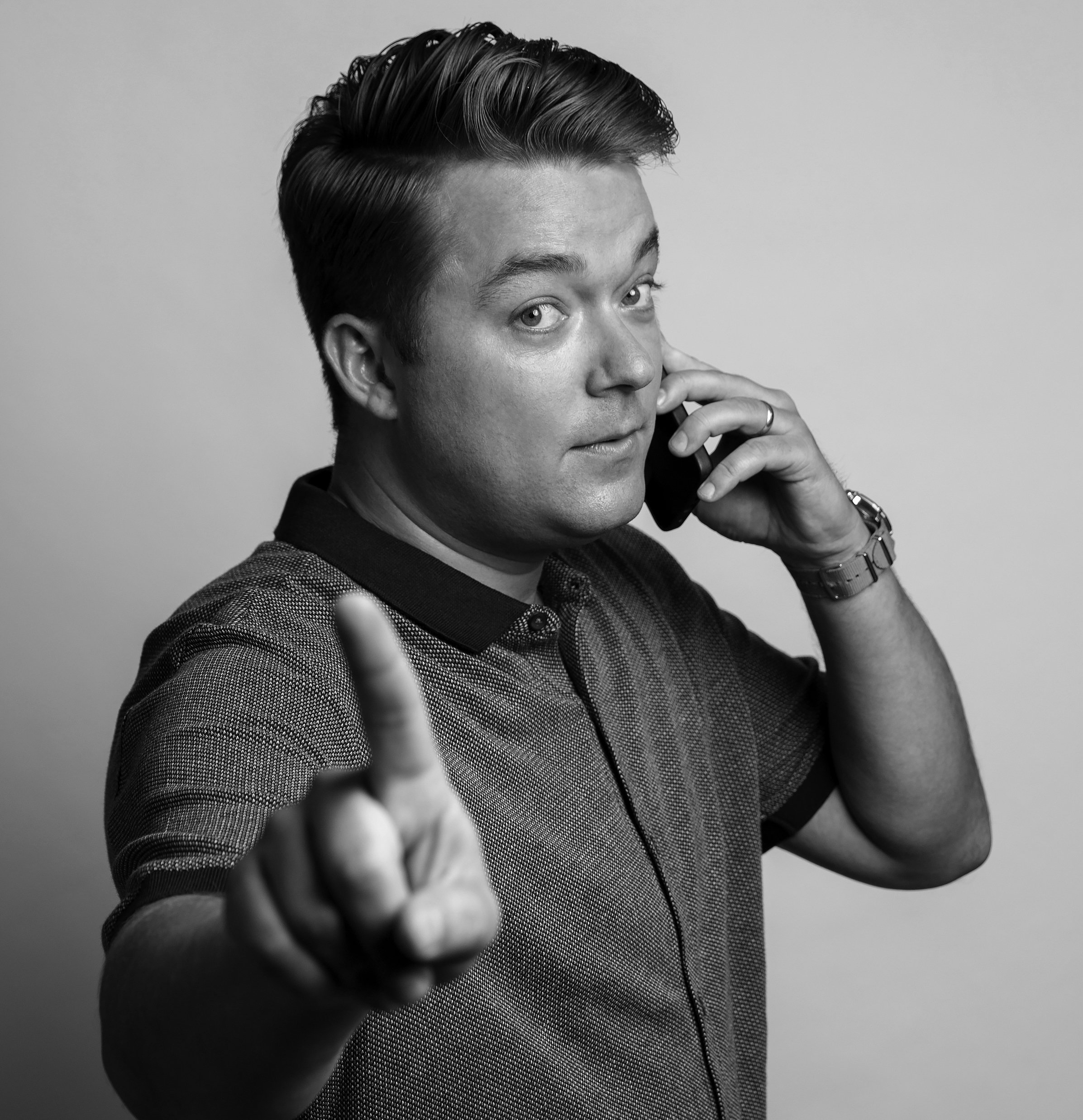 "The best thing about law school was meeting my badass wife."

Lowell Jepson Gruman Jr., AKA “Tad the Dad”, is a monogrammed study in opposites.

Born in Connecticut and dressed like it (think Nantucket reds and a Crystal Downs hat), you might not realize at first that he is an international man of sophistication, who speaks Chinese and once hosted a four-course sit-down dinner for 14 people in a “spacious” 292-square foot NYC apartment that he shared with his wife, Sophia.

If that’s not enough, of course you are going to want him as your recruiter once you hear all of his impeccable leadership credentials: an actual Eagle Scout, president of his college acapella group (“the Chasers”), and as a volunteer head coach during law school, he led Syracuse’s B-side university rugby team to an 11-1 season.

What convinced him to join Whistler?:

"'Treat people as you want to be treated.' It’s not just a cheesy line - we are approaching this differently.."

Tad grew up primarily as an expat in Jakarta, Indonesia, and later, Singapore. Throughout his upbringing, he was immersed in a number of cultures, and found empathy to be the underlying force of successful relationships.

But does he boat?:

We hear he love sharks?:

"I helped teach a whole generation of kids at Crystal Lake in Northern Michigan how to swim as a lifeguard when I was a teenager. They think there is a “Crystal Lake Shark” because I told them that if you didn’t take swimming lessons – you’d get eaten."

"I want to be the best legal recruiter in New York."

Check out what Tad's been up to.

Tad is exceptional at what he does. As an associate looking to lateral and retool my practice, Tad was instrumental in helping my dreams become a reality. From day one, I knew Tad had my best interest at heart. He is an extremely good listener who provides honest, thorough, and helpful feedback. He was eager to be helpful and went above and beyond to make sure I felt ready for every stage of the recruiting process.

On top of all of the ways in which Tad is an all-star recruiter, he is also truly a good person. He is funny, genuine, and down to earth; he’s the kind of person everyone wants to be friends with, which makes him the ideal person to have in your corner. I am so grateful to have worked with Tad, and I have and will continue to recommend him to anyone looking for a new job.

There is no better recruiter to work with than Tad. Not only does Tad work tirelessly to make sure you are offered the best opportunities, but he also takes the time and effort to get to know you personally so that he can make sure he’s placing you somewhere that fits your vibe, rather than trying to rush you through the process.

To put it simply, I will never work with anyone else. I am positive that there’s no better recruiter out there who cares as much as Tad, and the Whistler team as a whole, to make sure you end up somewhere where you’ll be satisfied at a professional level and, more importantly, happy at a personal level.

Tad and the rest of the Whistler team are absolutely top-notch. They know the legal market inside and out and will go way above and beyond for clients (e.g. fly across the country to meet and make sure a new firm is working out for a client they’ve placed). Anyone looking for something different (in the best way possible) in their recruiting experience, I highly recommend working with Tad/Whistler - they are hands down the best in the business.

Regardless of what his jokes might suggest, "Tad the Dad” is so much more than that. For candidates who want to work with someone who really listens and understands their career goals, Tad is the recruiter for you. Not only did Tad identify opportunities and advocate on my behalf throughout the process, I learned a lot about the landscape of entertainment law firms in NYC. When we met, I was working in a seemingly unrelated area of law but Tad could see that I was passionate about working in entertainment and helped me market my experience so I could make the leap. Transitioning from one position to another isn't always easy but it really helps to have someone in your corner like Tad.

Tad and Whistler Partners have a great feel for the legal marketplace, especially as it relates to emerging markets. Tad was the perfect friend and ally in helping navigate the most complicated aspects of job change, while at all times making sure that I was maximizing my opportunities in a competitive environment.

From the start, Tad listened carefully to understand what I was trying to accomplish in my lateral move and shaped and drove the search process advising me at every step of the journey. He is an excellent negotiator with prospective firms and tells it how it is to his clients. He made certain that I had all of the information and considered every angle before accepting or turning down an offer. We worked very well together and I have and will continue to recommend him to friends exploring a lateral move.

Tad's guidance through the process of transitioning from BigLaw to a smaller firm outside of NYC was invaluable. He gave honest, realistic advice in a non-stuffy, down to earth way. I felt like I was being guided by a friend who was an expert in this arena. It was important to me that I had the help of someone who really understood my values and what I was looking for in a firm and that's exactly what I got. Even when I shed a tear (or two) through the process Tad didn't skip a beat. Incredibly thankful!

Tad took the time to learn about my career goals, and rather than simply sharing opportunities and openings, he took the time to discuss and prepare multiple plans and paths for me to achieve these goals. In the end, I ended up at a great firm that puts right on track for where I hope my legal career will lead. Aside from our professional relationship, Tad also took the time to get to know me personally and continued to check in even when our search had to be temporarily put on hold due to the pandemic.

Tad and the Whistler team were fantastic during my lateral process. Tad was a true partner and friend, offering great advice and connections. Couldn't have asked for a better process and outcome.

Tad and Emily helped me work through a difficult, risky transition - my practice group experienced several senior departures at once, and I had to decide quickly whether to go or stay, and if going, where to go. Lots of calls and meetings, and more than one kick in the ass later, all courtesy of my friends at Whistler, I landed on my feet, in a better situation than where I started. Thanks, again, for taking good care of me.

Working with Tad was such a delight. His positive energy and sense of humor made the recruiting process way more enjoyable, and on top of that, he was so well-versed in the ECVC field that I could always rely on his knowledge. He was always available - even when his baby was crying or sleeping in the same room. Thanks Tad and Whistler Partners!

I’ll always think of my legal career as BT / AT. Before Tad and After Tad.

More than a terrific agent, he’s the best mentor, coach and teammate a young lawyer could ever have. Beyond the experience, beyond the connections, beyond the strategy and the sheer amount of effort he puts in, what sets Tad apart is his genuine love for the work. Teaming up with Tad was more than successful, it was inspirational. Seeing his passion and drive made me want to be not only the best lawyer I can be, but also the best parent, friend and colleague.

When I was first introduced to Whistler Partners I mistakenly thought they were a VC firm themselves. But that’s how polished, professional, scrappy and successful his team is for their clients & candidates. They find opportunity and deliver for their partners like no one else.

Tad is Jerry Maguire, Bill Belichick, and Jerry Rice all rolled into one. More than a terrific agent, more than a legendary career coach, truly a teammate on the legal field. He knows the players, the strategy, and the competition, and won’t stop until he delivers. If you want to win, go with Whistler. They’re the Yankees, Patriots, Lakers, Red Wings, Jordan, Brady, Phelps, Woods of the industry and it's not especially close. Working with this team feels like a cheat code. “Unlocking” Whistler will catapult your career like nothing else.